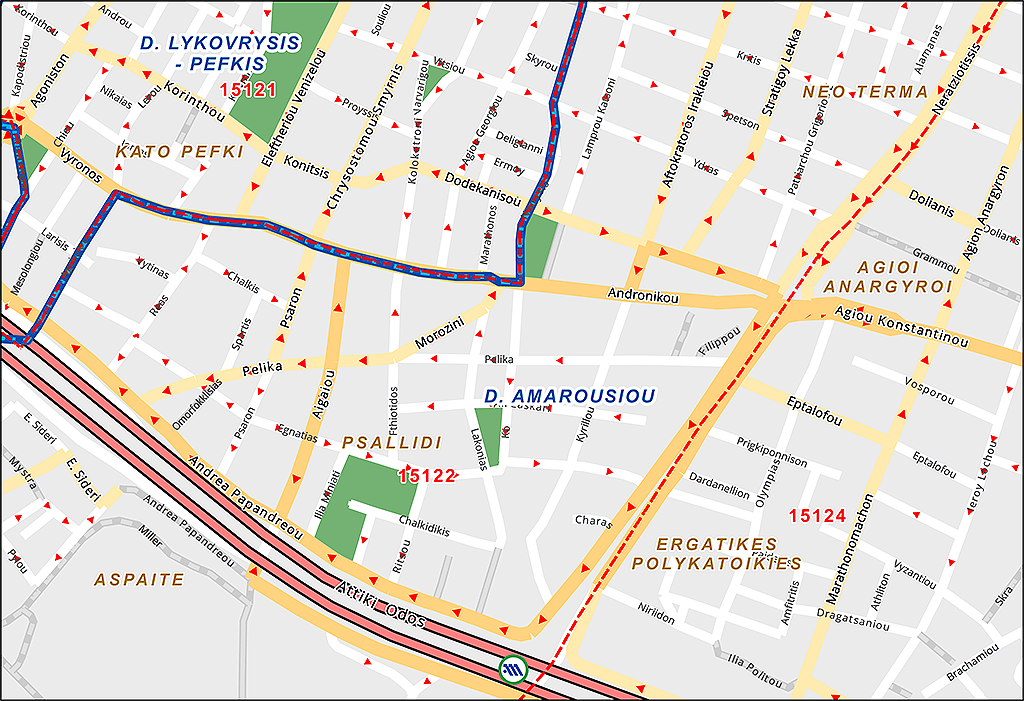 The digital map of road network is available for over 600 cities. It includes the axes of the streets, including the following information:

The digital background of our road network includes additional one-way street and prohibitions of turning and reversing, making our maps fully navigable.
Thus, we offer  the most up-to-date road network background with navigable maps for more than 600 cities in Greece, that contain street and address point  (house numbers) for the largest urban centers. The maps include more than 412,000 navigable kilometers of road network (covering the entire country), including urban and non-urban areas, but also the dirt road network.
This product also includes:

Our digital navigation maps are compatible with navigation tools running on devices such as PND, PDA or mobile phones, with a built-in or external GPS receiver.

Especially for the Urban Areas of Athens and Thessaloniki, we created a file with neighborhood polygons on a scale of 1: 5000.
These are polygons that contain an area in the sense of a “neighborhood”, with the name that locals usually call them. It includes neighborhoods in 66 Municipalities of the Athenian Urban Complex (PSA) and in 15 Municipalities of the Thessaloniki Urban Complex (PSTH). In many cases they have 2 hierarchical levels: one more general (eg Ambelokipi) and one more specific (eg Koundouriotika).

GEODATA has integrated in its digital database the most up-to-date assessed values (2019) for Greece:

We also offer the marketability coefficient of (business) properties for Athens and Thessaloniki.

These data can be combined with demographic and housing data.